Why Michelle Obama’s Braids Are Significant 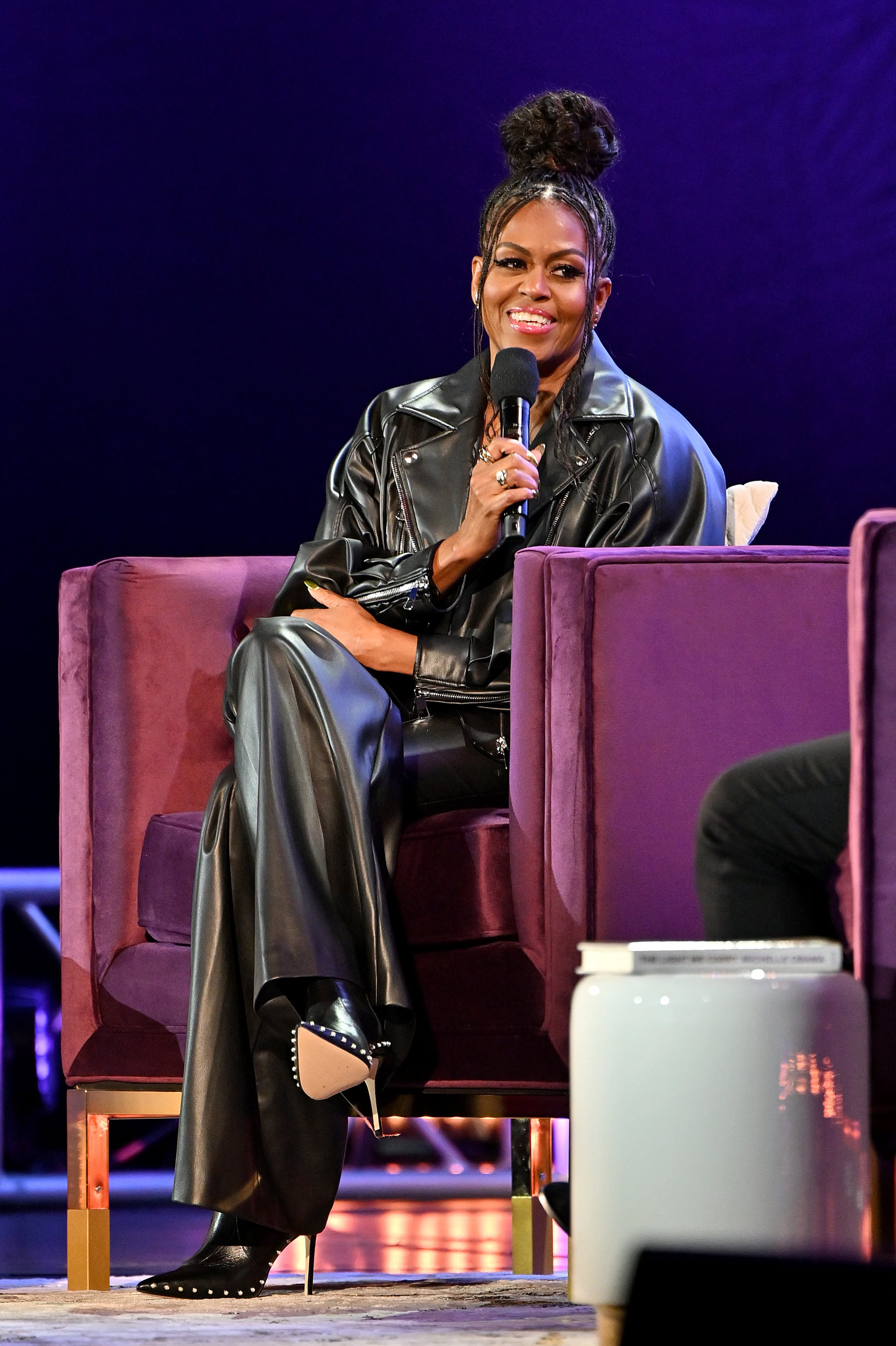 Madam C.J. Walker. Katherine Johnson. Lauren Simmons. Serena Williams. There are countless Black women who have proven over again that anything is possible. From dominating the hair-care industry in an era of fierce and overt discrimination to becoming the youngest full-time woman trader on the New York Stock Exchange, the term “Black girl magic” came to be because Black women have always and continue to perform at a high level of excellence in the face of sexism, colorism, and racism. Yet, now more than ever, they are also speaking up about how this pressure has affected their personal lives. Take Michelle Obama, for example.

At a speaking engagement while doing the press tour for her new book, “The Light We Carry: Overcoming in Uncertain Times” ($17, originally $33), Obama mentioned that she wanted to wear her hair in braids during her time as first lady of the United States, but ultimately decided against it. “I did not wear braids,” Obama said during the event. “Yeah, we had to ease up on the people.” Aside from the mental toll that thinking about appearances so intently for eight years probably took on her, her hesitation to wear her hair how she truly wanted to is also a jarring reminder that society still has a long way to go when it comes to true equity.

The revelation put a glaring spotlight on the fact that no matter how wealthy, how educated, or how idolized Black women are, white European beauty standards still shape the way that people are expected to exist in Western civilization.

That’s why seeing her on stage lately in goddess braids has felt like a middle finger to every person who has made her or any other Black woman second guess their hairstyle choices. From wearing them on vacation on Martha’s Vineyard to her braided half-bun hairstyles for official press engagements, Obama’s new braided-hair era almost feels like permission to take up space — and it feels good to see, have modeled, and glorified silently.

It’s time that Black women feel safe and empowered to wear our hair however we’d like — without the accompanying think pieces and discourse. It is unfair for an entire group of people to have to weigh something as small as a beauty decision against potentially outsized reactions that can affect their livelihoods. Additionally, when you spend so much time on something that is seen as very trivial to the majority of the rest of the country, it takes away from the things that you can contribute to greater society. So while the feats that Black women continue to achieve are more than impressive, it’s time for us to just be — in whichever way (and hairstyle) we deem appropriate.

Everything You Need to Start Nordic Walking