This year has been great for running. Many races returned to their pre-pandemic size, and numerous PRs were broken worldwide. It’s also been a great year for books, with the release of many notable and must-read titles. For all of us running readers and reading runners, linking the two is what made running in 2022 so much more enjoyable

And joy should be shared. Right after listening to an audiobook, I love discussing it in detail with others—which is how my favorite narrations became the topic of many group runs. My tip this holiday season? If you’re still figuring out what to get the runners in your life, consider gifting them an audiobook. Besides being amazing company on solo runs, it will make for a fun topic to discuss on your next run together.

If you need a little extra inspiration, here are our staffers’ absolute favorites from 2022. 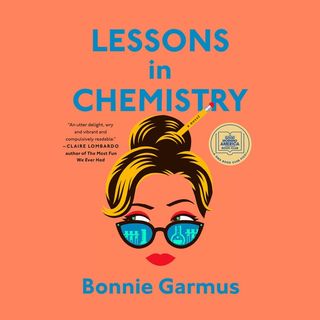 Brilliant chemist Elizabeth Zott keeps hitting roadblocks created by her all-male colleagues at Hastings Research Institute in the early 1960s, where gender inequality reigns. The one person who truly sees her talent and intelligence, Nobel-prize-nominated scientist Calvin Evans, falls in love with her mind. Theirs could have been a love story for the ages—if only life didn’t take an unpredictable turn.

Despite her groundbreaking research, Elizabeth is forced out of her lab a few years later, and instead finds herself hosting America’s increasingly popular cooking show Supper at Six. With her scientific approach to everything in life, she teaches women around the country not only how to cook using chemistry, but how to challenge the status quo and push past the social constructs of their times. 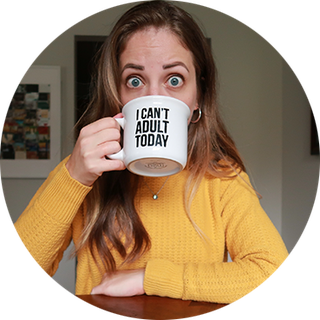 “Don’t let the cover and the title fool you—this is not a romance book (with no offense to romance books). It’s the brilliant, inspiring story of a strong female protagonist who—despite living in times when women were mostly confined to being housewives—fearlessly navigates her life in the face of adversity. Elizabeth Zott stays true to herself and her values, not letting any man intimidate her. I’m not the biggest fan of Sunday long runs, but I looked forward to them because I could listen to this book for a few uninterrupted hours. It was that good.” 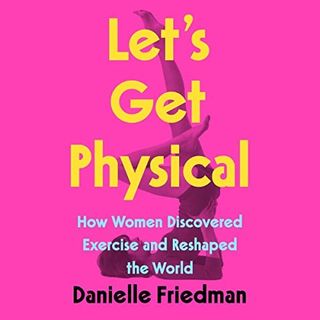 Let’s Get Physical puts women’s fitness in historical context while shining a light on the female instructors, trainers, and exercise pioneers who helped make movement what it is today. From using exercise to boost beauty standards to making fitness an all-inclusive endeavor, author and journalist Danielle Friedman explains how views on females and physical activity have changed from the 1960s to today. Each chapter highlights a different fitness movement and the women who helped shape it. You’ll find stories on barre, bodybuilding, Jazzercise, and yoga, and recognize names like Jane Fonda, Kathrine Switzer, Suzanne Somers, and Jessamyn Stanley. 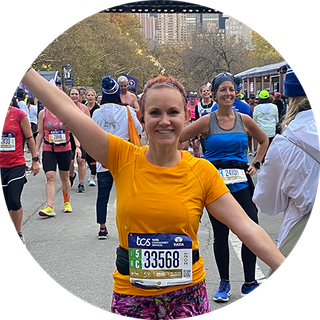 “I love writing, reading, and talking about fitness, so this book was right up my alley! I learned so much about the history of women’s fitness—facts I never knew and stories I’ve never even thought to look up. I also got to meet amazing female characters, all with innovative approaches to exercise, who broke down barriers to the world of workouts we know today. I loved the storytelling in this book just as much as I loved the subject matter and intriguing facts. It’s definitely worth a listen to not only understand how women’s fitness has helped shape society, but also to hear about the strong women who have changed the way we move and sweat.” 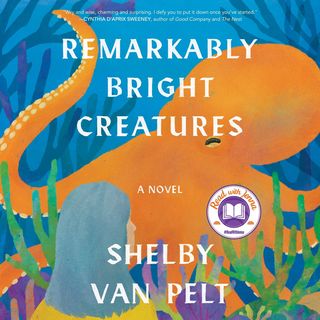 After her husband’s death, Tova Sullivan begins working the night shift at the Sowell Bay Aquarium. Keeping busy helps her cope with the mysterious disappearance of her 18-year-old son over thirty years ago. Tova befriends Marcellus, a giant Pacific octopus living at the aquarium. Marcellus deduces what happened the night her son disappeared and must use all his tricks to uncover the truth for Tova. 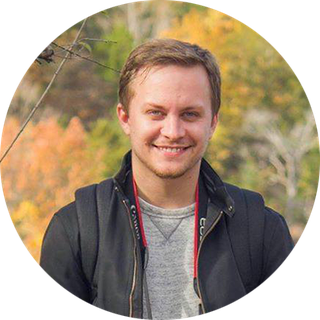 “For anyone looking for a charming, feel-good story, Remarkably Bright Creatures hits the spot. Without going too deep into the plot, the story is about friendship and finding peace after loss. Is it a little corny and a little predictable? Sure. But I still very much enjoyed my time listening. This story is all about the compelling characters Shelby Van Pelt created. You can’t help but root for them. Michael Urie puts on a tremendous performance as Marcellus, and Marin Ireland is incredibly charming as his human counterparts.” 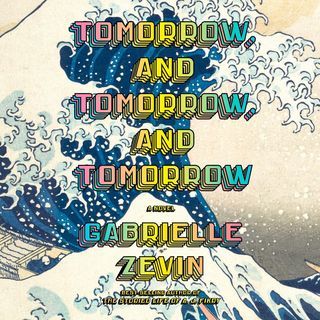 Sadie and Sam met as game-loving kids in the pediatric ward of a hospital: Sam just lost his mother in the same accident that brought him there with a crushed foot, while Sadie was visiting her sister who battled cancer. They bonded over Nintendo and pursued their love of gaming independently through the years until, one day, they meet again as students, and decide to design a game together. That game takes off and makes them very rich at a very young age. We follow them over the next 15 to 20 years when— while their professional careers keep blossoming—they navigate the lows of disability struggles and domestic abuse, and come to terms with their friendship and chosen family. 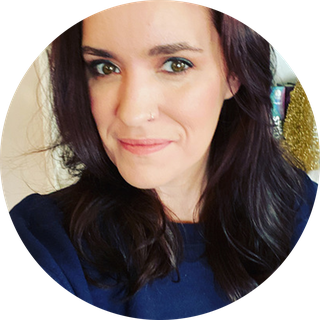 “I grabbed the audiobook the day it was released because I was such a huge fan of Zevin’s other books, especially The Storied Life of AJ Fikry. I knew nothing about it. I didn’t even read the blurb, and yet it had me in its thrall from the first chapter.

Tomorrow tells the story of connection between the two main characters throughout their lives and shows you how small choices can shape your life. The two are intertwined with shared history, professional achievements, and multitudinous secrets shared. Along the way, they have to experience what happens when some secrets are left unknown, and how that can devastate connections.

The audiobook is read by Jennifer Kim and Julian Cihi, and they do a spectacular job at navigating what is often fairly dense and scientific text, flowing through the jargon and bringing it to life for the reader. It’s on the longer side, but worth every minute. This book is going to be with me for a very long time. It’s an astonishingly well-crafted and deeply-human novel that, at times, borders on the sublime.” 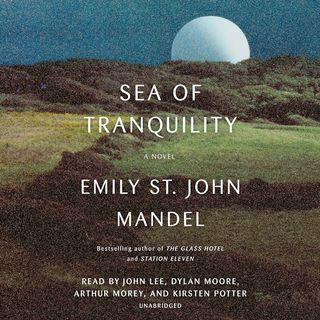 Exiled by his parents in 1912, Edwin St. Andrew crosses the Atlantic to find himself spellbound by the Canadian wilderness. While there, he is shocked to hear the notes of a violin and the hum of a terminal. Two centuries later, famous writer and moon-colony native Olive Llewellyn travels all over Earth. One of her novels includes a strange passage: a man playing violin in the corridor of an airship terminal as a forest rises around him. When Gaspery-Jacques Roberts, a detective in the black-skied Night City, is hired to investigate an anomaly in the North American wilderness, he uncovers a series of lives upended with one thing in common. 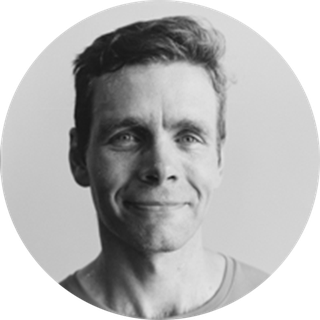 “This is the pandemic novel I didn’t know I wanted to read. Frankly, I didn’t think I wanted to look at any of them. But Emily St. John Mandel holds the unique perspective as the author of the recent and wildly successful pre-Covid pandemic novel Station Eleven written during an actual pandemic. Her (and our) trauma is layered within the time-traveling investigation into the nature of reality with a combination of sensitivity and vivid imagination that reminds me of sci-fi legend Ursula K. Le Guin.” 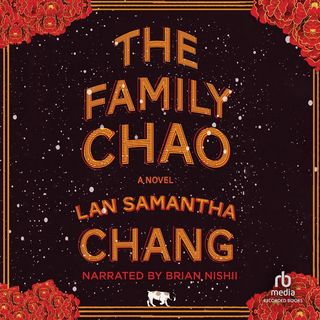 Much like the Biblical tale of Cain and Abel, two angry brothers are at the center of this 2022 novel. This time, though, the brothers are Chinese-American and the story is a reimagined version of Russian author Dostoevsky’s The Brothers Karamazov. The Chao brothers live in Wisconsin where they operate their town’s Chinese restaurant. When their awful father is murdered, one brother gets arrested. But did he really commit the crime? Everyone keeps secrets. Everyone has complicated emotions. But no one liked Leo Chao, who is now dead. 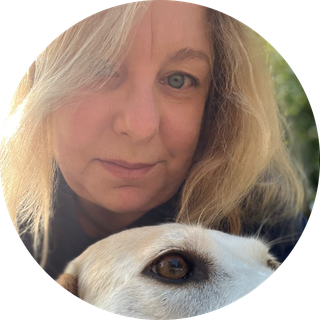 “This story is about a lot of things: a mystery, a family, immigration, cultural traditions in the center of unwelcoming communities, a love triangle, religion, and superstition. Each character felt whole, just like the restaurant and community felt real. I listened to this book when it was released in early 2022, and I have a distinct memory of stopping my run during one particularly dramatic moment to focus more closely on the family’s story. The book is sometimes funny and sometimes upsetting (the father really is awful). Without giving anything away, I’m not sure how I feel about the resolution of the whodunnit, but even with that irritation, it was a great listen.” 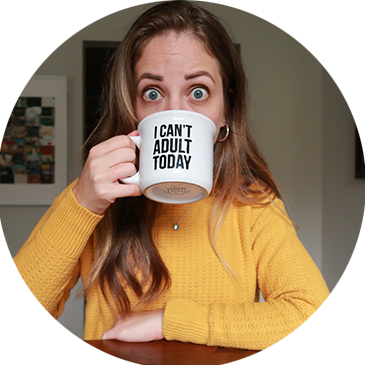 As newsletters editor, Pavlína Černá is the person behind all membership emails sent on behalf of Runner’s World, Bicycling, and Popular Mechanics. When she doesn’t edit, she writes; when she doesn’t write, she reads or translates. In whatever time she has left, you can find her outside running, roller-skating, or riding to the beat of one of the many audiobooks on her TBL list.