Women in Karofane, Niger, are battling malnutrition through training and better agricultural practices.

Care for Mothers and Babies

The lean season was once a season of despair for many families in Karofane, a village in rural Niger. Halima,* a mother of ten, would watch hopelessly as her children grew thin and weak. Their hair would turn brittle and bleached—common signs of malnutrition. 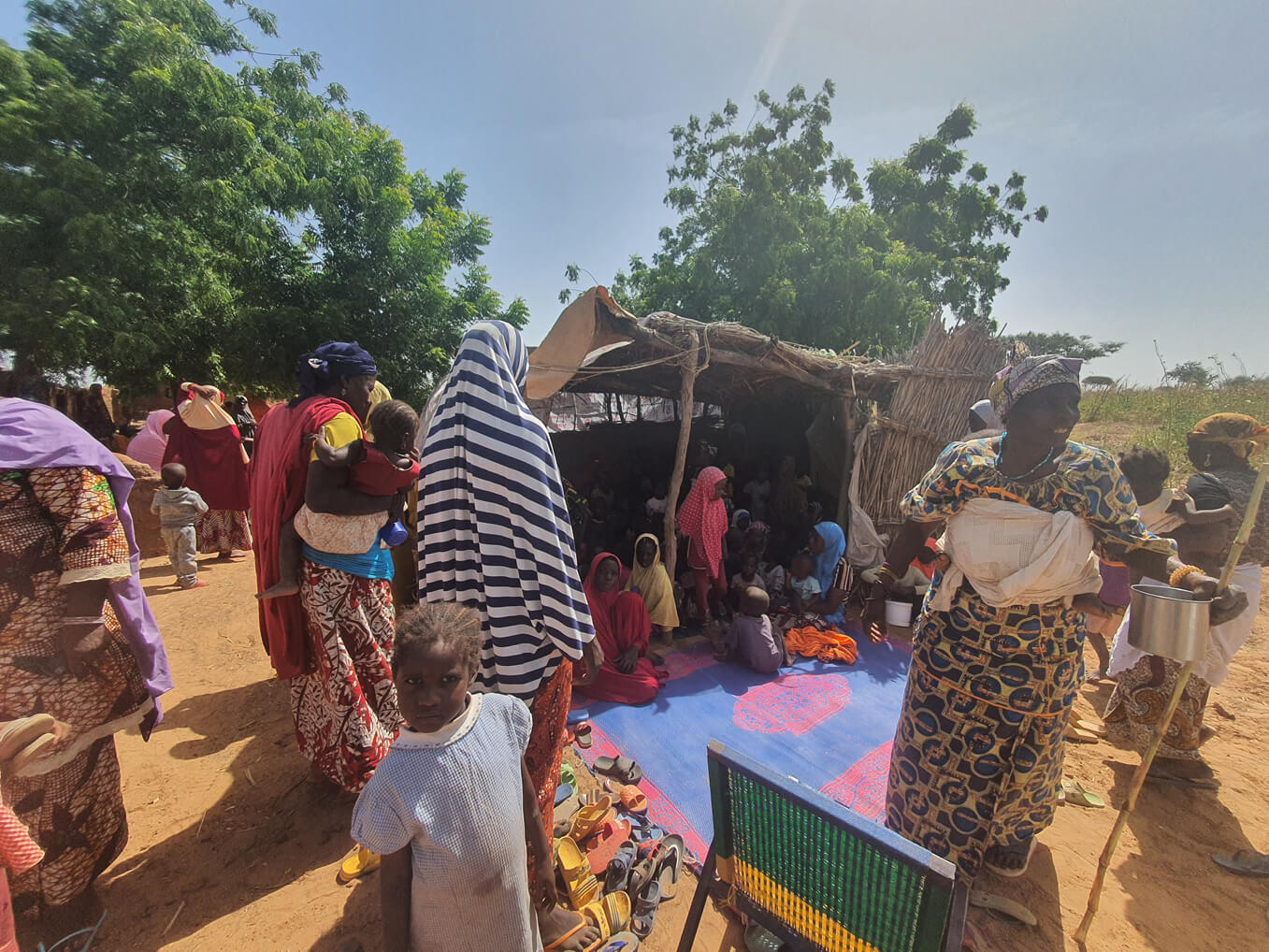 The lean season in Niger can be a time of great uncertainty as food scarcity can lead to risk of malnutrition.

“I would take them to the traditional healer, but still they would often be sick and underweight,” she recalled. “It was always a struggle to feed my children.”

Even in the better months, Halima’s home was filled with desperation, and her children, now ranging in age from 3-25 years old, rarely knew what it felt like not to be hungry.

Lack of proper nutrition across most of Niger has made children like Halima’s more susceptible to health problems. And the diseases they contract, such as dysentery and malaria, make them vulnerable to further malnutrition. Nutrient deficiencies can even threaten healthy development of a child’s brain and their ability to learn and mature appropriately.

“Chronic food insecurity and a high prevalence of infectious diseases have led Niger to record some of the highest malnutrition and mortality rates in the world,” said Grace Nganga, health and nutrition program manager for Samaritan’s Purse Niger. “Almost 50 percent of our kids here have chronic malnutrition. It is a very challenging situation.”

As Samaritan’s Purse learned of persistent and growing cases of waterborne illness in Karofane, we began water, sanitation, and hygiene (WASH) programs, which soon revealed an additional need for projects in nutrition, agriculture, and livelihoods. 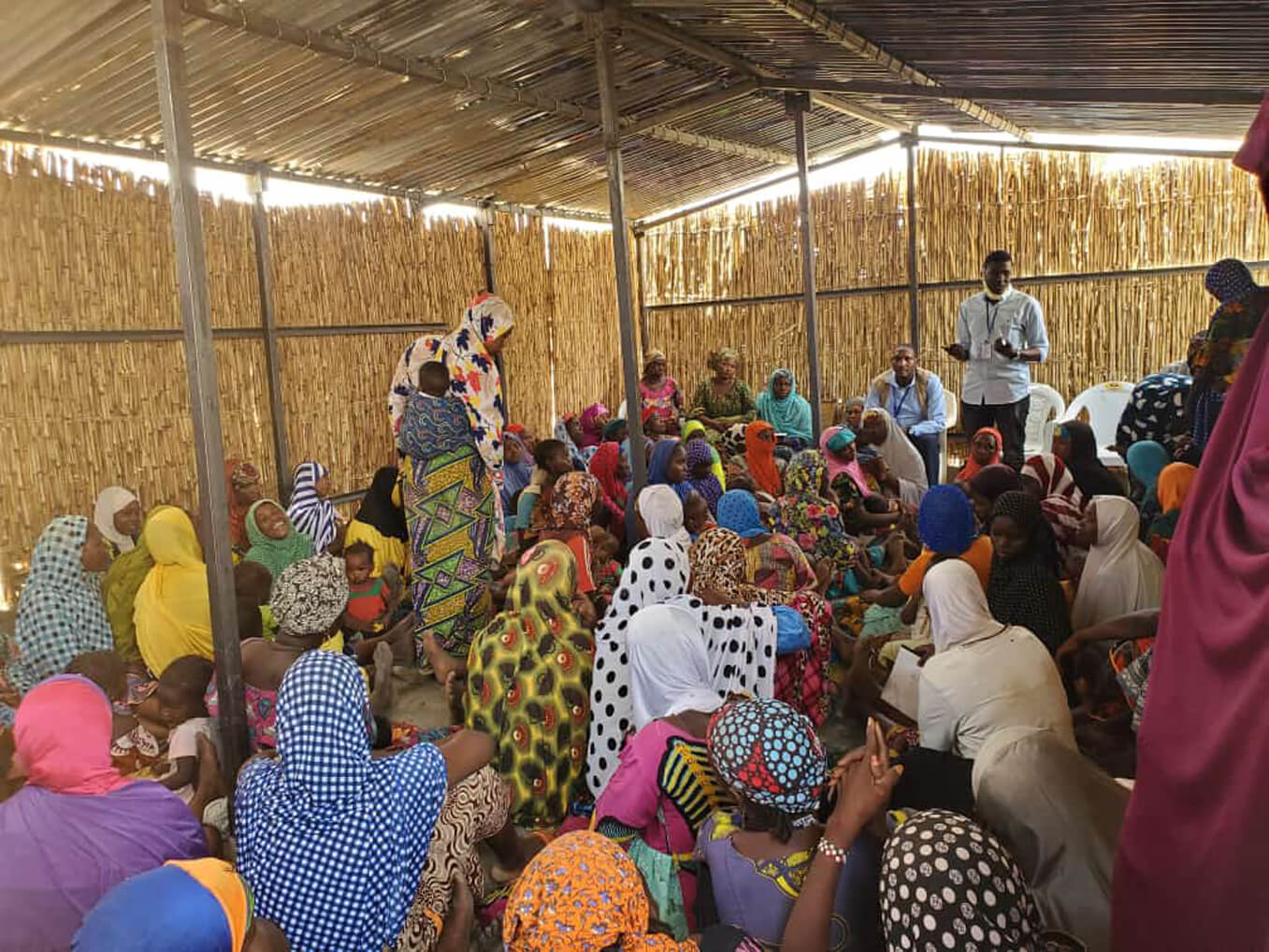 Samaritan’s Purse has been training mothers in proper nutrition but also in agriculture and livelihoods practices.

Our maternal nutrition and child health projects have helped nearly 7,000 people so far. The work includes screening children for malnutrition and supplying families with nutrient-dense emergency food packed into a special type of peanut butter. Also, we provide families with mosquito nets to guard against the spread of malaria during the nighttime hours.

Halima was among those who joined our program, and now she and so many others can tell a new and different story. In addition to the above work, our teams are teaching women ways they can better provide for their families by growing more crops, planting and harvesting a greater variety of plants, and properly drying and storing them for future use. Samaritan’s Purse is also teaching better ways to sell the crops at local markets.

“I did not know or think that women could get involved in off-season gardening activities,” Halima said. “We thought it was a work for men. The influence of this project in my life goes above and beyond what I can express here.”

She credits a mother-to-mother support system developed by Samaritan’s Purse with helping her and her neighbors start and sustain these agricultural improvements. She enjoys learning new skills and also teaching them to other women. 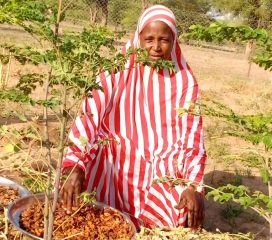 The crop yields have increased signficantly, and now, even during the lean season, better preservation practices increase food stores.

Support groups give mothers opportunities to learn and plant together—and ultimately offer their families better nutrition. They share seeds and assist one another with sowing, tending, and harvesting the crops of sorghum, cassava, and millet, along with vegetables and even some types of fruit. They also have learned the critical—even life-saving—skill of properly drying and storing their yields in ways that preserve the crops’ nutritional value.

“Our projects are the very first opportunity these women have had for some form of education and empowerment and opportunity for independence,” Nganga said. Many women in Niger begin having children as young teenagers after marrying much older men, she continued. Through Samaritan’s Purse projects, mothers can learn an income-generating activity and maybe even think of starting a small business.

Bringing the Good News to Villages

The invaluable training offered through these projects has given our teams a platform to share the Gospel. Local evangelists are able to share the Good News of our Lord Jesus Christ and provide Scripture in local languages stored on SD cards and easily viewed on phones. 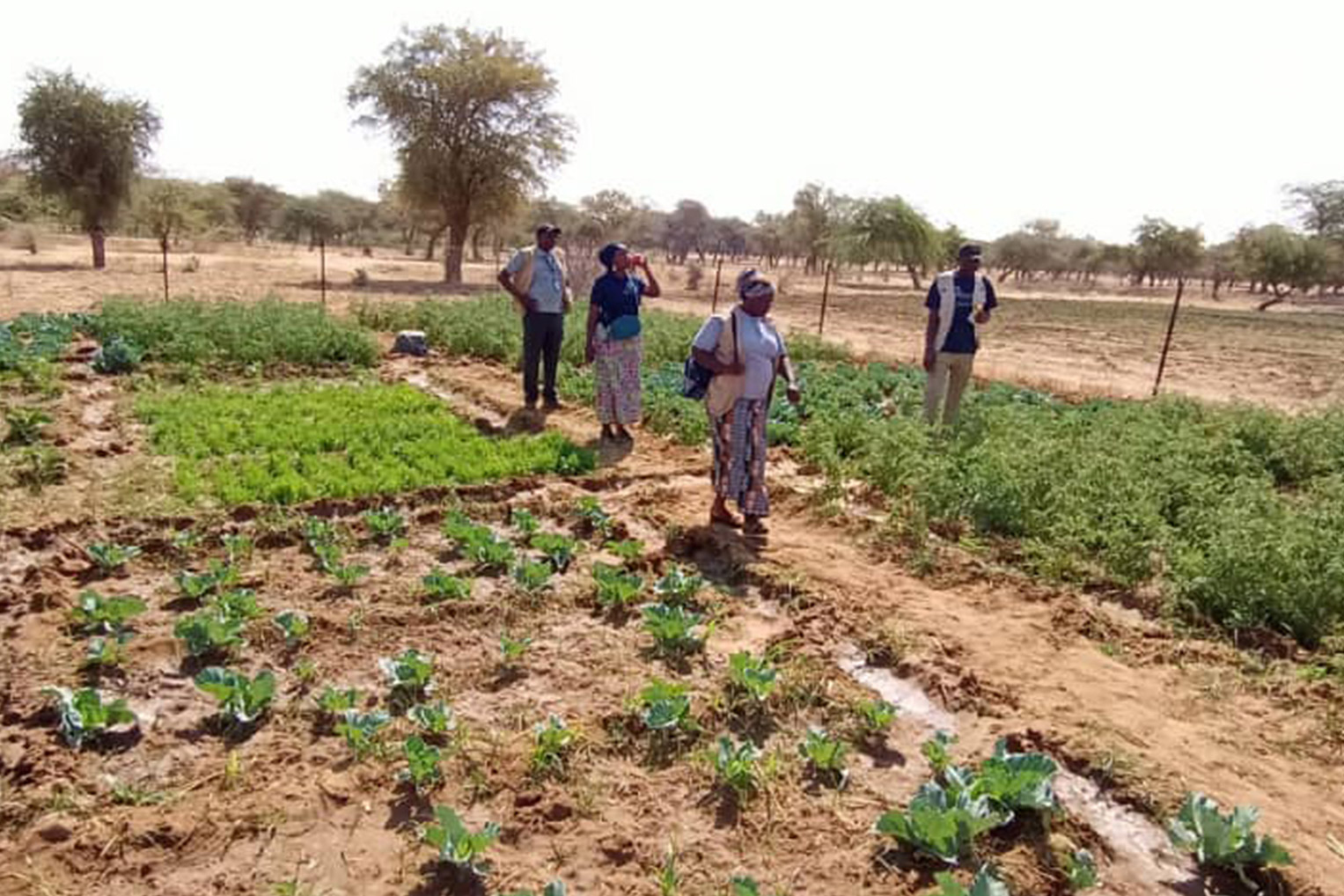 The Good News of Jesus Christ is producing a spiritual harvest in Karofane communities.

“The Samaritan’s Purse staff has greatly increased my knowledge on good health and good nutrition,” Halima said. “They’ve taught us about God’s love for us and how we are to love one another. Our community has more harmony and unity because of the love of God that Samaritan’s Purse has taught us.”

That unity is seen clearly in a recently opened nutritional rehabilitation center. The women of Karofane are applying what they’ve learned through Samaritan’s Purse training and using the healthy foods they’ve grown to help strengthen families facing malnutrition.

Halima is quite excited about the moringa seeds we’ve recently given her. She’ll plant them soon in her kitchen garden and pray for a grand harvest of the vitamin- and protein-packed plant.

For many years Halima carried the seeds of doubt with her, remembering at every moment how uncertain and bleak the future felt. The seeds she has planted already and will soon plant are much more useful—and alongside them we can see sprouting seeds of faith in the God who provides. 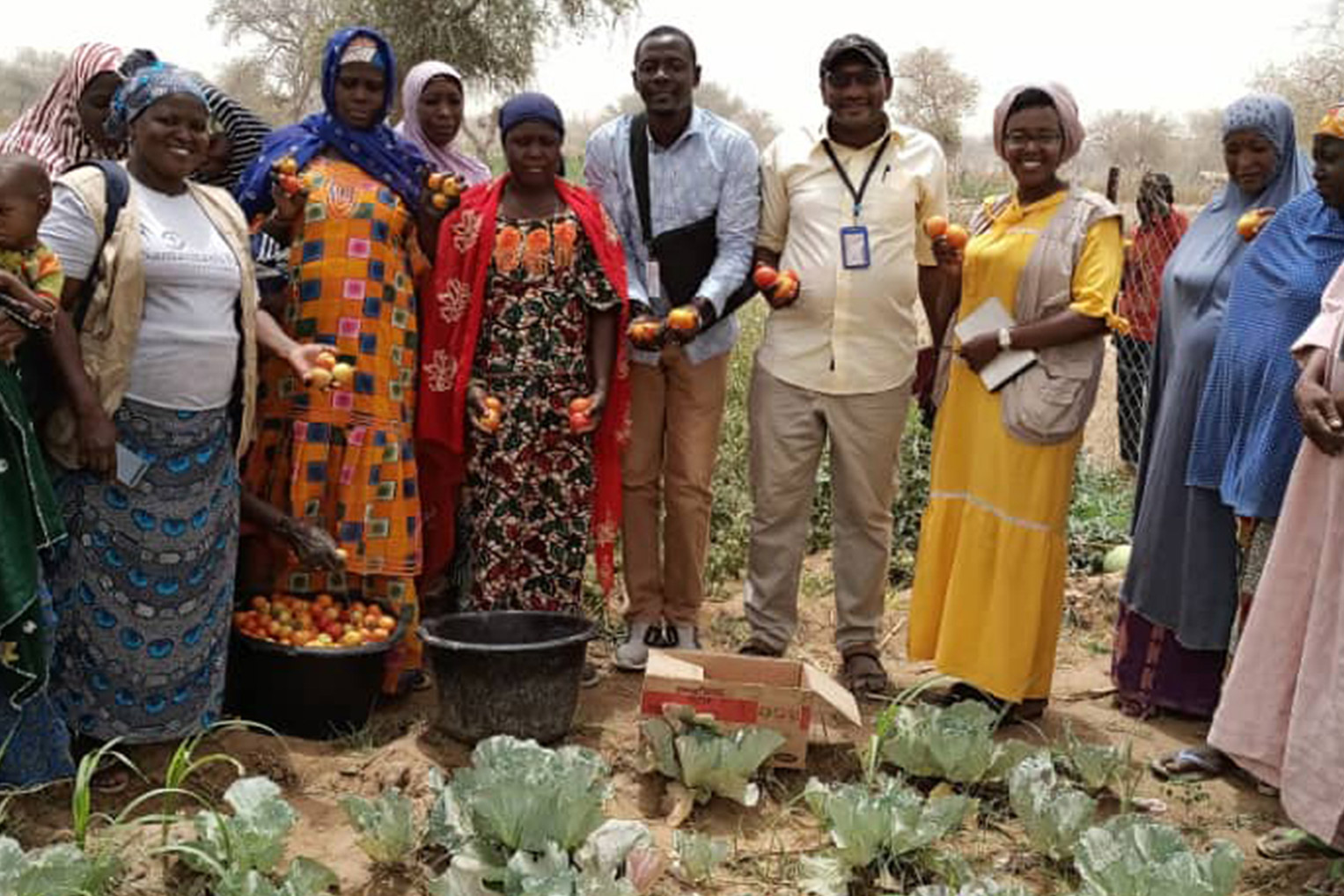 The livelihoods training has given families opportunities to provide for their children and earn additional income. 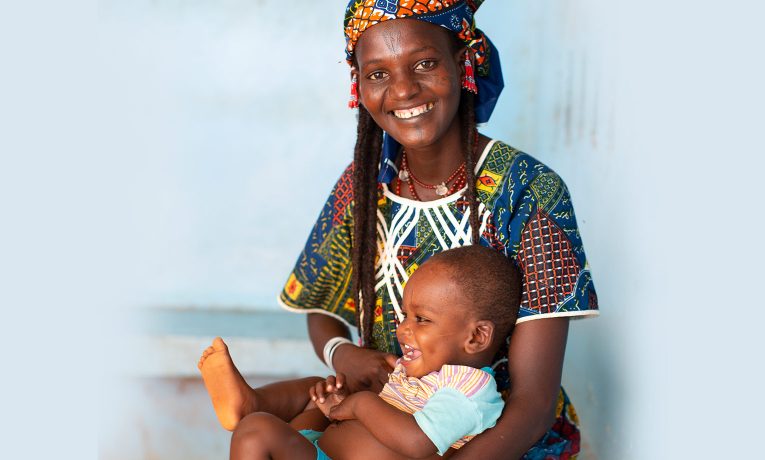 Care for Mothers and Babies Tragically, hundreds of young mothers and thousands of newborns die every day from preventable causes. Your gift can help Samaritan’s Purse reduce the mortality rates of women and their young children by improving obstetric care, teaching essential nutrition practices, and increasing access to quality healthcare.

Know Your City : How Yoga guru BKS Iyengar made Pune his home and his institute a centre of global health revolution