aHving been born in Shiraz, Iran, clinical and forensic psychologist Elaheh Ashtari is finding the current atrocities going on in Iran unbearable. “My family fled Iran’s oppressive regime to Germany in the early ’80s when I was 2. My uncle lived in the US at the time, so he was able to file for Green Card sponsorship for all of us and we moved to Texas when I was about 4,” Ashtari explains.

Iran was a free country governed by a monarchy before the Islamic Revolution of 1979 changed everything. “Luckily, my parents had the forethought to know we couldn’t stay,” she says. “So we literally left everything we ever had or knew, and fled.”

Elaheh Ashtari, 40, was raised, alongside her sister, here in Sugar Land. “My dad raised us to always be true to who we are, share our heritage with others, and make sure people learn that Iranians are good people—and that the Iranian regime is not representative of who we all are. I am fortunate to have been raised with such strong values and morals.”

Ashtari’s parents also wanted her and her sister to adopt aspects of the Iranian culture. “But that was really hard for me while growing up. I recall putting on my Discman headphones to listen to my American CDs whenever they listened to Iranian music.”

When she turned 18, she finally had the opportunity to visit Iran. She spent a month there and discovered what she had been missing while living in the US: “The love of extended family, including over 80 first and second cousins I got to meet upon arrival; the beautiful mountains of Tehran; Persepolis; Iranian pizza; Persian food; and the green, lush mountains of Shomal in Northern Iran. I could go on and on.”

Ashtari’s cultural identity was greatly influenced by her visit to Iran. “I finally got what my parents were trying to share with me all those years. I came back refreshed in my sense of self—as well as weighed down with immense guilt, because I acknowledged my privilege to have had the opportunity to live in the US while all of my family in Iran was deeply oppressed.”

Ashtari holds a bachelor’s degree in psychology (with honors) from the University of Houston, and master’s and doctoral degrees from Adler University in Chicago. Along with being a licensed clinical and forensic psychologist, she is also an associate professor of psychiatry at UTHealth’s McGovern Medical School, and serves as the vice chair of their diversity and inclusion program.

“I primarily teach psychology and psychiatry trainees, as well as provide psychological services at an inpatient psychiatric hospital. Additionally, consistent with my values and commitment to social justice, I was just recently appointed to the Equality Texas Board, where I hope to be able to affect change in Texas as it pertains to LGBTQ+ Texans.”

Ashtari has experienced emotions ranging from elation to deep sadness about the violent uprising going on in Iran right now. “The silence has been deafening—the degree to which  the media have avoided this important news story. I am sad because the regime is murdering my own people who are simply fighting for an ordinary life—a life where they can kiss their partner in public; a life where they can get a job and provide for their family in a sustainable way; a life where they can impact change through legitimate elections; a life without a dictatorship; a life where they can practice any religion they wish and have a choice in wearing or not wearing a hijab, consistent with their personal values and spiritual beliefs. 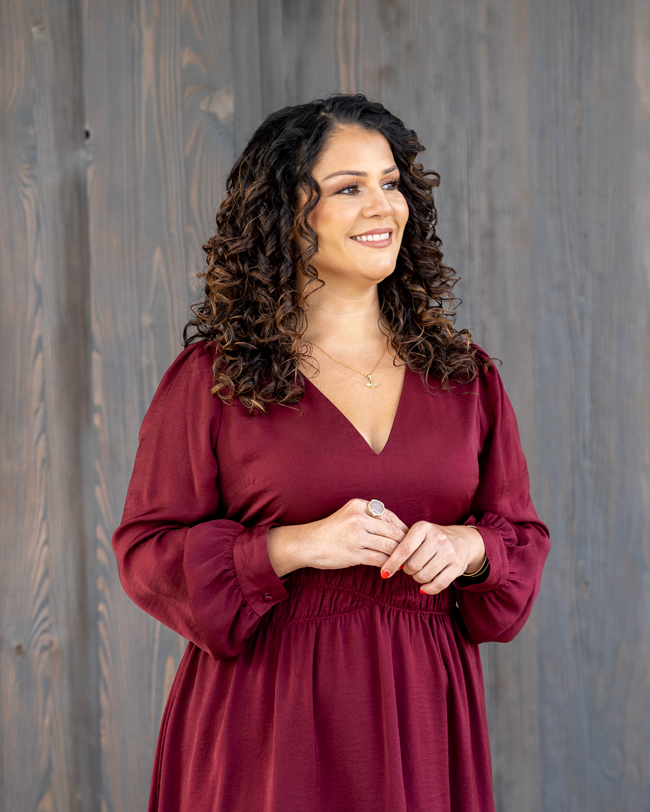 “The initial uprising has become much larger and more meaningful than [a protest over women being required to wear] a hijab,” Ashtari emphasizes. “We cannot protect women and have a feminist uprising without considering our LGBTQ+ community. I hope my community considers this in the journey toward a free Iran. This revolution is for all people’s freedom and civil rights.”

Living in Texas during this revolution in Iran has been a mixed blessing for Ashtari. “I feel relief because there is no going back; there cannot be a regression to the regime’s Iran. This uprising—and now the revolution—is unprecedented in Iran. I also feel grief because I am aware of my privilege. [But I] have tried my best to amplify these Iranian voices so they can get the acknowledgment and support they need for a free Iran. ‘Zan, Zendegi, Azadi’ (Women, Life, Freedom) is the revolution’s chant.”

She wants to remind readers that they can also help amplify the Iranian protesters’ voices. “If you see a news story, re-post it. Say—and hashtag—the names of the people who are being unlawfully detained or executed for fighting for their freedom. Write your senators. Use hashtags. Talk about it. Demand that the US refuse any further talks or negotiations with this regime so the regime can realize they are no longer relevant. Demand news coverage from your local and national news channels.”

The protesters in Iran truly need people everywhere to amplify their voices, because their oppressive government is doing all they can—including executions and internet shutdowns—to silence them. “The people of Iran need our support, and they need to see they are not fighting alone,” Ashtari adds. “If it weren’t for the people and media amplifying their voices, however minimal it may have been, the UN may never have [felt pressured] to remove the Islamic Republic of Iran from the United Nations Commission on the Status of Women. This was a direct response to the brutal crackdown on the women-led movement in Iran, and [the UN’s response] is considered a huge victory in this movement.”

“If we don’t seek help when we need it, those emotions pile up and emerge in physical illness. Seeking therapy is truly the best gift we can offer ourselves.” —Dr. Elaheh Ashtari

And because all of this unsettling news can negatively affect our emotions and our mental health, Ashtari offers readers a few New Year’s tips for remaining motivated and hopeful. “If we don’t seek help when we need it, those emotions pile up and emerge in physical illness. Seeking therapy is truly the best gift we can offer ourselves.”

This article appears in the January 2023 edition of OutSmart magazine.