Loudspeakers Being Reinstalled At Religious Places, This Is Unacceptable: Yoga Adityanath 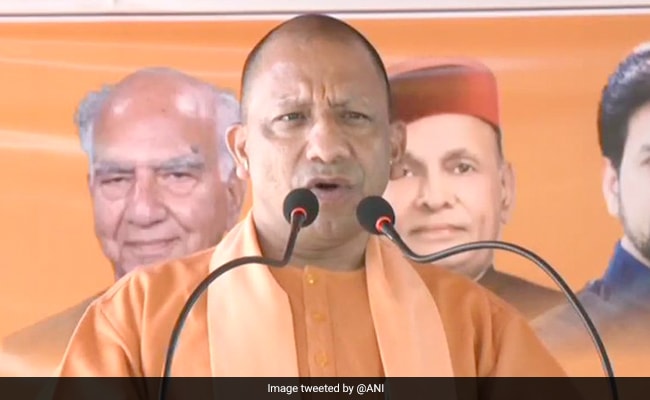 In April, UP had undertaken a campaign to remove loudspeakers from religious places.

Uttar Pradesh Chief Minister Yogi Adityanath has said loudspeakers are being reinstalled at religious places in some districts months after they were ordered to be removed, a development he described as “unacceptable”.

According to a government statement, he asked officials to take appropriate action through “immediate contact and communication” with people.

Yogi Adityanath, who reviewed the law and order situation in the state in a meeting with officials from all levels on Friday night, also directed them to make arrangements for peaceful Christmas celebrations, but ensure no religious conversion takes place.

“A few months ago… we had completed an unprecedented process of removing loudspeakers from religious places. Giving priority to the larger public interest, people spontaneously removed loudspeakers. It was appreciated all over the country,” the Chief Minister was quoted as saying in the statement.

He further said that during his recent visits, he “experienced that these loudspeakers are being installed again in some districts”.

“This is not acceptable,” the official release quoting the Chief Minister said on Saturday. “Ideal situations should be created by having immediate contact and communication.” Earlier this year, in April, the state government had undertaken a campaign to remove loudspeakers from religious places.

Later in a review meeting in May, Chief Minister Adityanath had said more than one lakh loudspeakers were removed. He had directed officials to ensure they are not reinstalled.

He had said religious events should take place within the premises of religious places, no festival should be organised on roads, and they should not cause any inconvenience to the movement of ordinary citizens.

The campaign to remove illegal loudspeakers installed at religious places in the state and to limit the sound of other loudspeakers to the prescribed limit was conducted between April 25 and May 1.

(This story has not been edited by NDTV staff and is auto-generated from a syndicated feed.)

Why Retro Fitness Videos Are Better Than Today’s Workouts

Our cultural obsession with fitness videos hit an all-time high during the peak of the pandemic. Throwback icons like...

Uttarakhand To Host The International Yoga Festival In March

The International Yoga Festival 2023, set to be held from March 1 to 7 in Rishikesh, was the main...