By Kevin Kayhart For Dailymail.com

Kendall Jenner took time out to work on her supermodel figure with a session of yoga in Beverly Hills.

Newly single following her quiet split from on-again, off-again boyfriend Devin Booker last month, The Kardashians star arrived with some friends for the workout, which was followed up by a pitstop to get a refreshing smoothie.

The afternoon outing among friends comes amid chatter that Jenner may be rekindling her relationship with Harry Styles, who also recently became single in the wake of his split from Olivia Wilde. 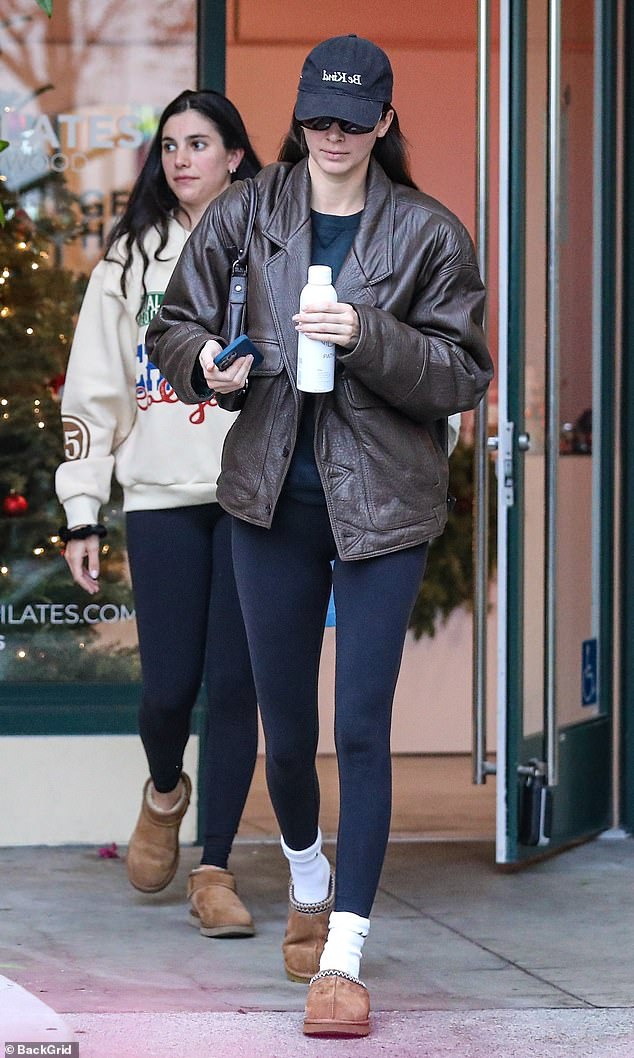 Single ready to mingle: Kendall Jenner, 27, made a stop to get a smoothie with friends after attending a yoga session in Beverly Hills

Jenner was first spotted hurrying up to make it on time to the hot Yoga class with her gals pals.

Later, Jenner was still going with the sporty look in black leggings and a matching sweatshirt, which she covered up with an oversized brown leather jacket.

Despite a recent temperature tumble into the 50s Fahrenheit, the sun was still glaring enough for the top model to wear dark sunglasses along with a black baseball cap over her long dark brown locks. 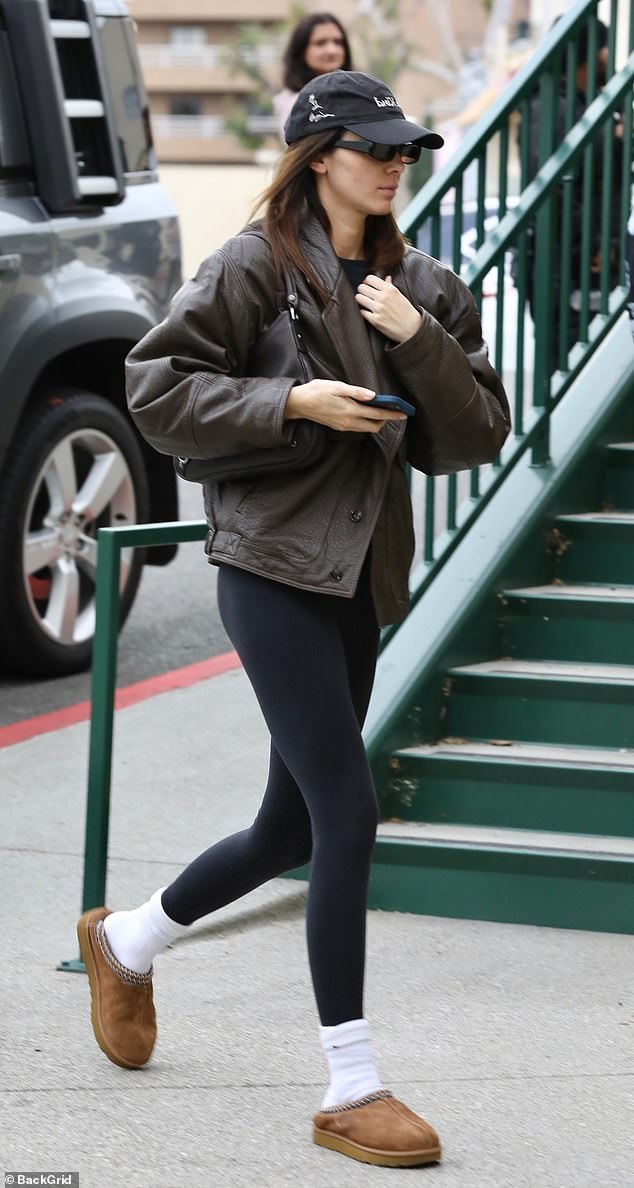 Sporty: The supermodel showed up for her Yoga workout in black leggings and matching sweatshirt that she covered up with an oversized brown leather coat 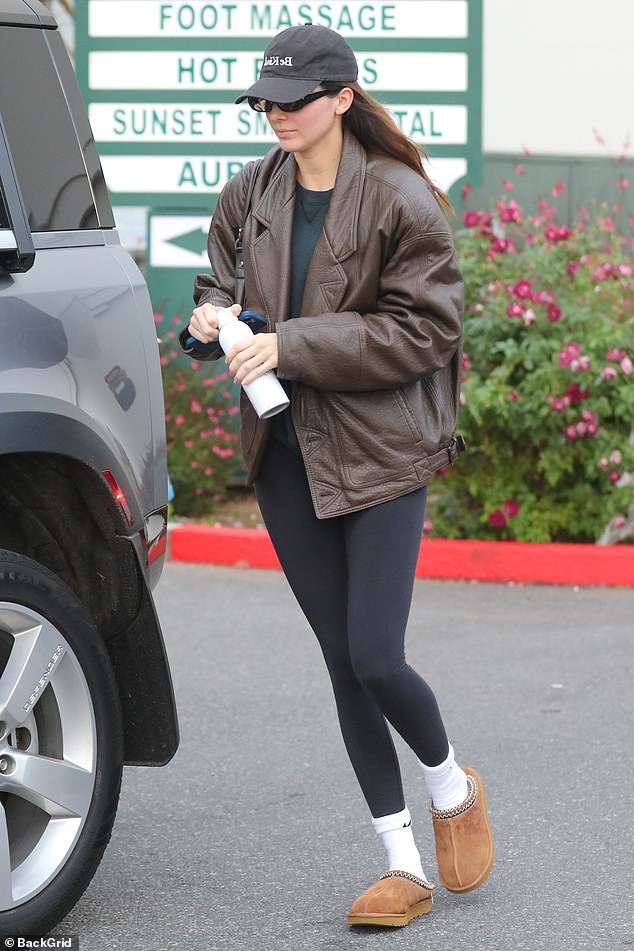 On the go: The Kardashians star was still dressed sporty for her trip from Yoga to the Earthbar for a healthy drink

After the enlightened workout, Jenner and company made their way to Earthbar for that healthy post-workout smoothie.

It didn’t take long before she said her goodbyes and made the short walk back to her vehicle and drove off seemingly back to her home.

In recent days, there’s been talk that the world’s top model has been chatting it up with Styles, whom she dated on-and-off from 2013 to 2019.

She recently attended one of his many Love On Tour shows in Los Angeles with sister Kylie Jenner and gal pal Hailey Bieber, according to Yahoo Entertainment.

Her breakup with Booker, an NBA star with the Phoenix Suns, was attributed to their busy schedules and bad timing. 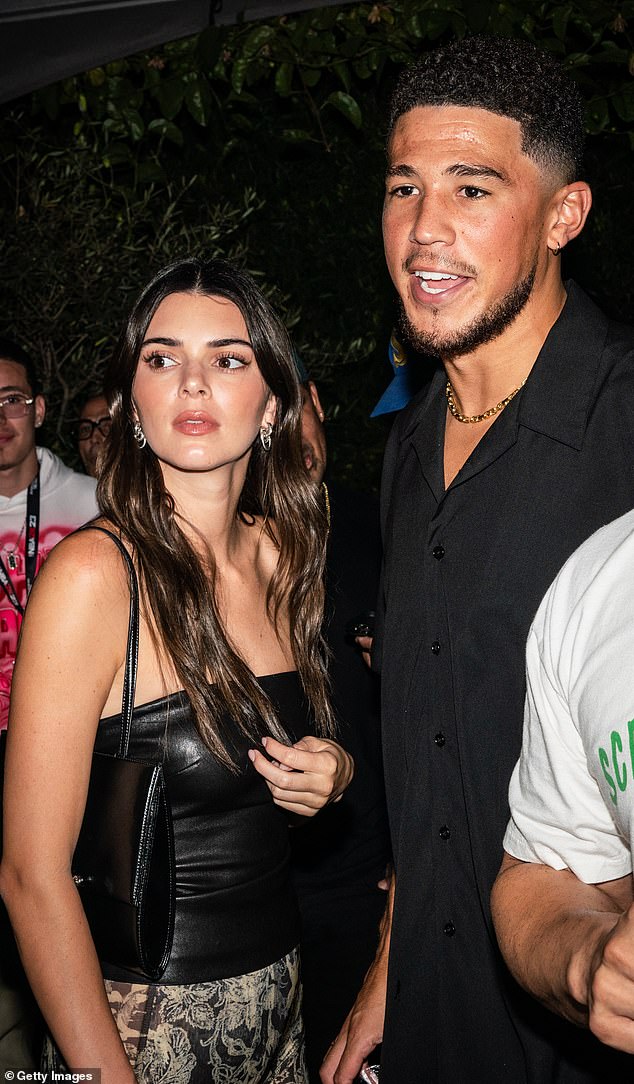 Splitsville: The catwalk queen appears to be hanging with friends more in the wake of her split from on-again, off-again boyfriend Devin Booker; the former couple are pictured in Septmeber

‘Both have incredibly busy schedules right now with their careers and they’ve decided to make that a priority,’ a source confirmed to People.

Despite having broken up around the same time, and their past romance a sign of their mutual attraction, an inside source maintains the rumors of a Jenner-Styles reunion aren’t true.

‘She and Harry are just good friends,’ that source with knowledge of the situation shared with E! News, adding, ‘They remained friendly over the years and have kept in touch. There’s nothing romantic going on, but they do catch up from time to time and have hung out in social settings.’

Styles and Wilde had been dating for about two years when they decided to call it quits. 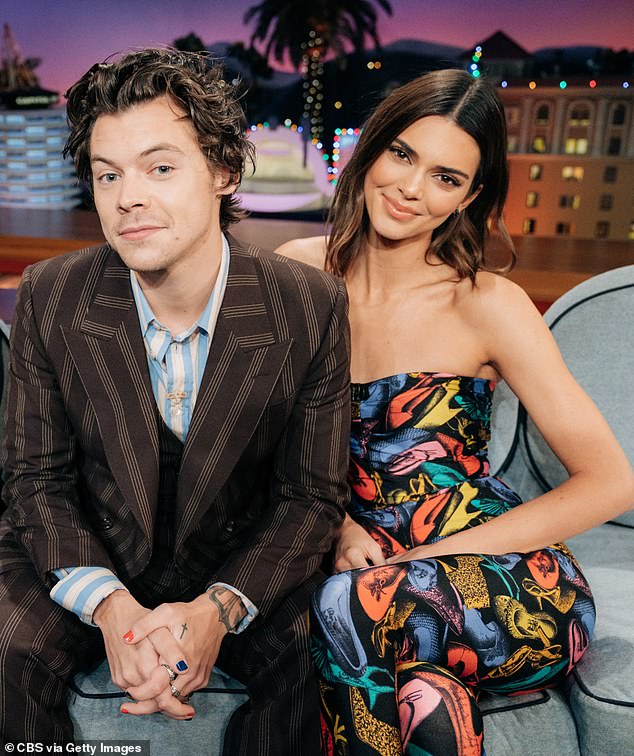 Sources deny romance reunion: There been speculation that Jenner and Styles may have rekindled their romance following her split from Devin Booker and his spilt from Olivia Wilde

How to Ease Back into Exercise Routine After Long Break