Here are all the major developments in Indian sport on Sunday, January 8, 2023.

Gokulam Kerala’s desperate measures seem to be working. The management, which replaced its coach and two key players midway through the I-League, must be happy with the team’s 1-0 victory against Churchill Brothers on Sunday.

The management must be particularly happy that the goal was scored by one of the replacements, Sergio Mendigutxia, who joined the team along with fellow-Spaniard Omar Ramos. It was their first match for Gokulam, just as it was for their coach, compatriot Francesc Bonet.

With the win, Gokulam, the champion for the last two seasons, has moved into the third spot, with 18 points from 10 games. Sreenidi Deccan is still leading the table with 22 points, while RoundGlass Punjab, which has played a game less, is on 20. Churchill remains seventh with 12 points.

Churchill must be regretting the chances it missed in this game, which saw quite a bit of end-to-end football. With both sides struggling to convert the opportunities that came their way, a goalless draw could not have been ruled out, until the host made a superb move down the centre, with just 10 minutes of normal time remaining.

It was finished off in style by Mendigutxia, off a fine assist from V.S. Sreekuttan. The Spaniard did well to put the ball into the far post, beating Churchill’s goalkeeper Albino Gomes.

RoundGlass Punjab continued its unbeaten run at home, beating NEROCA FC 3-1 in the I-League at Panchkula on Sunday.

RGPFC has maintained its second position in the table below Sreenidi Deccan FC which has played a match more than them.

RGPFC started the half with more intent and deployed its usual high press strategy giving no time on the ball for the opponent. Juan Mera and Pranjal Bhumij were lively on the wings.

RGPFC took the lead in the 12th minute. Pranjal played an inviting ball into the box which found a free Luka Majcen who jumped high to deposit a thumping header past NEROCA keeper to give the home side the lead. It is Luka’s fifth goal of the season.

Juan Mera dispossessed the ball from the NEROCA wing back and found Luka Majcen just outside the box. Luka played a perfect ball to the on rushing Brandon Vanlalremdika who poked the ball past Shubham Dhas to double the lead in the 15th minute.

NEROCA halved the deficit against the run of play in the 44th minute. A ball from the middle from Tangva was half cleared by the RGPFC defence but fell to Yumnam Gopi Singh who struck a first time shot which left keeper Kiran Kumar Limbu helpless.

RGPFC put the game beyond NEROCA in the 77th minute through a goal from Krishnananda Singh. Substitute Maheson Singh played a brilliant through ball for Krishnananda who rounded the rushing NEROCA keeper and tapped into the empty net.

Daksh Prasad and Suhitha Maruri are the two Indian players who have got seeding in the ITF junior tennis tournament to be staged at the DLTA Complex from Monday.

Daksh has been seeded eighth in the boys event, and Suhitha seeded seventh in the girls section, of a very competitive field.

The champion of the last event in Chandigarh Donghyun Kim of Korea has been seeded sixth in the boys event, while the girls champion Dominika Podhajecka of Poland does not have a seeding.

Suhitha has drawn to play Dominika in the first round.

After three rounds of qualifying event, only Cahir Warik in the boys section and Aishi Bisht in the girls section were the only Indian players to make it into the main draw. Interestingly, in a similar tournament at the DLTA in 2018, Emma Raducanu of Britain had won the girls title before scaling the world ladder in dramatic style in New York to win the US Open women’s title in 2021.

It should be interesting to get a glimpse of the future stars this week.

THE RESULTS (QUALIFYING EVENT, THIRD AND FINAL ROUND)

“It is an extension of what I have been doing for the last few years in IPL (Indian Premier League) and T20 cricket. It is an honour for me to become the first coach from the State to figure in an overseas T20 league,’‘ he said. 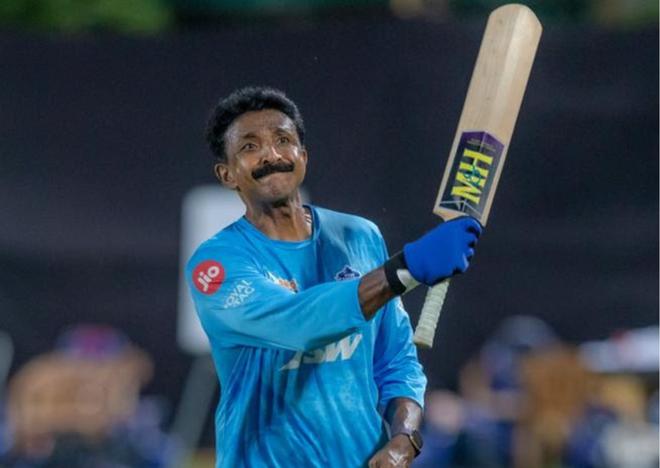 Biju George was the fielding coach of Delhi Capitals during IPL 2022.

George was the fielding coach of Delhi Capitals during IPL 2022. He earlier had stints with Kolkata Knight Riders and Sunrisers Hyderabad as fielding coach.

A BCCI level 3 coach, George coached the Kuwait national team for a brief while and was the coach of the South Zone team that won the Duleep Trophy.

How to Relax Before Bed: 5 Things Therapists Do