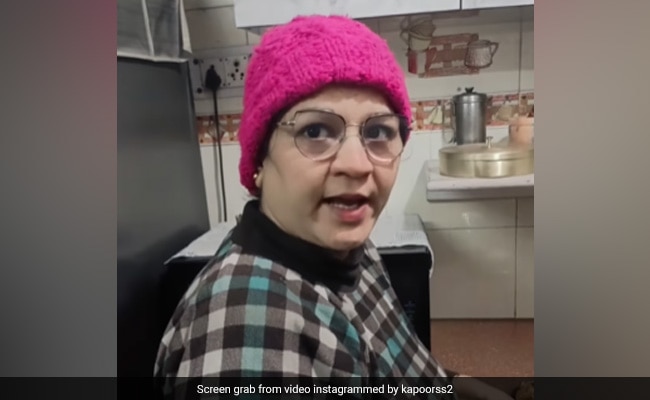 The video is winning the internet and many users found it “very relatable.”

Indian mother’s can convince their children to do a whole lot of activities with their negotiation skills. In a similar incident, a video of a mother convincing her son to eat pakoras is going viral on the internet. It is to be noted that the son was going for exercise but his mother still managed to make him eat the pakoras.  The video is winning the internet and many users found it “very relatable.”

The video was shared by user Neena Kapoor on Instagram. In the video, the mother is seen making pakoras in the kitchen. Soon, her son, who is not visible in the video, mentions that he was going for workout. “Yaar, mummy, maine abhi apko bola hai mai exercise karne jane laga hun. Aap fir achcha achcha banane lag gae (Mummy, I have started going to the gym. You have again started cooking good food),” he said. To this the mother responds that she always cooks good food. She further mentions that “you will not be able to eat this when you reach my age.” “Jab hamari age me aoge na to tumse kahaya nahi jaega, abhi tumne khane nahi hain (When you will be of my age, you won’t be able to eat and now, you don’t want to eat).”

Towards the end, she asks him not to eat the pakoras and pass the plate to his father. He eventually agrees to eat pakoras with mayonnaise. To this she says that he should eat it with “pudhina chutney”. “Mayonnaise teri gf lagti hai? (Is mayonnaise your girlfriend) ” she is heard seen in the video.

“Khao or exercise karo (Eat and exercise),” reads the caption of the video. Since being shared on December 26, the video has amassed six lakh views and 18,000 likes.

“Your one liners are hilarious,” said another user.

Many people also left laughing emojis in the comments section.