Hailey Bieber is one of the most beautiful faces on the internet. With all the perfect proportions and a sweet 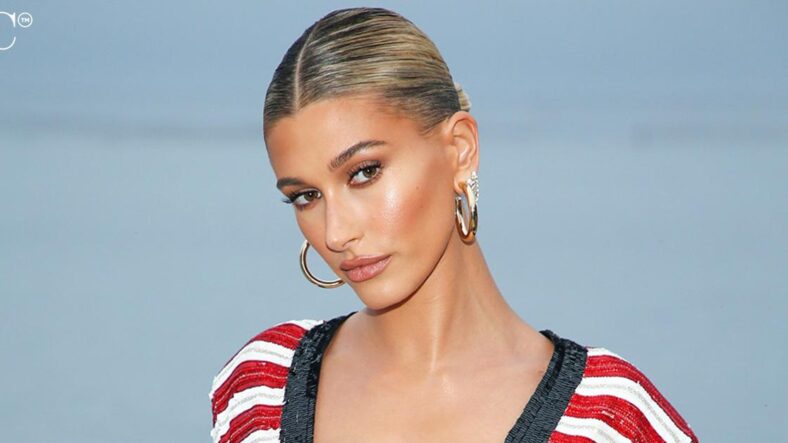 Hailey Bieber is one of the most beautiful faces on the internet.

With all the perfect proportions and a sweet personality to match, she’s the perfect match for the world’s former darling, Justin Bieber.

Bieber’s beauty routine has long been coveted by fans and critics alike, because – let’s face it – she’s got that “it” factor.

And as it turns out, her routine comes down to one simple trick – be disciplined.

In a new interview with Vogue‘s podcast, The Run-Through with Vogue, Hailey is opening up about her beauty routine, and you can try it out too.

The key to beauty is a routine that you can sustain and that is tailored to your individual needs.

Hailey told Vogue that she has a disciplined routine after being raised by a mom and grandmother who placed great emphasis on creams and moisturizing.

Hailey shared, “When I was a kid, I can remember, like, getting out of the shower, out of the bath, and then my mom was like, ‘you’re not leaving this bathroom till I slather you from head to toe in hydration and creams.’”

People writes, “Because of this hyper fixation on skin care, she was exposed at an early age to cleansing, moisturizing and skin care, which all became became part of her routine very young.

Part of this inherited routine from her mom, Kennya Baldwin, was the practice of washing your makeup off before bed. Bieber said, ‘I have literally never slept with makeup on ever because I feel like that is like the cardinal sin.’

She continued, ‘No matter what the circumstance is, I’m like, I will find warm water and a washcloth to get this makeup off.’

Bieber claimed that having this disciplined routine gets easier with ‘straight-to-the-point and convenient skin care,’ which ‘sparked her philosophy for Rhode.’”

Rhode, of course, is Bieber’s extraordinary new skincare line. And her self-care story has come full circle – her mom and grandma now use her skincare, and she says they “love Rhode.”

And Hailey knows all about battling the mind.

She has had to make a concerted effort to keep her stress and anxiety low after suffering from a mini-stroke in 2022.

The stroke was caused by a hole in her heart, and put the model through a harrowing experience.

Back in March, People writes, “In a video posted to her YouTube channel, the model, 25, detailed the scary ordeal, saying she wants to tell the story in her ‘own words.’

She described feeling a ‘weird sensation’ in her right arm while sitting at breakfast with her husband, Justin Bieber. Her fingertips felt ‘numb and weird,’ she says, and as her husband asked if she was okay, she found she ‘couldn’t speak.’

‘The right side of my face started drooping, I couldn’t get a sentence out,’ she recalls. ‘Immediately, I thought I was having a stroke.’”

Luckily there was a medic nearby who examined Bieber as an ambulance was called. The drooping in her face only lasted less than a minute but Hailey continued to struggle to form words and says her anxiety made everything worse.

Bieber was checked into the hospital overnight and underwent a series of tests. Upon admission, she scored a 0 on the stroke test – suggesting that what she experienced wasn’t a full stroke. Instead, it was determined that she suffered a Transient Ischemic Attack or TIA, known as a “mini-stroke.”

But now, Bieber is back to healthy – and focusing on staying low-stress, healthy, and looking forward.

Health Conditions in the Workplace

Seventyfour/AdobeStock This post is Part 1 of a series. We all have days when we don’t feel great at...

Valentine’s Day is here and it’s the season of flowers, chocolate and romantic dinners. But for those of you...

How to deal with postpartum hair loss: 4 tips for every new mother

Postpartum hair loss, a condition in which a woman experiences hair loss following pregnancy, is a common concern among...

5 good habits to switch to a healthy, balanced life